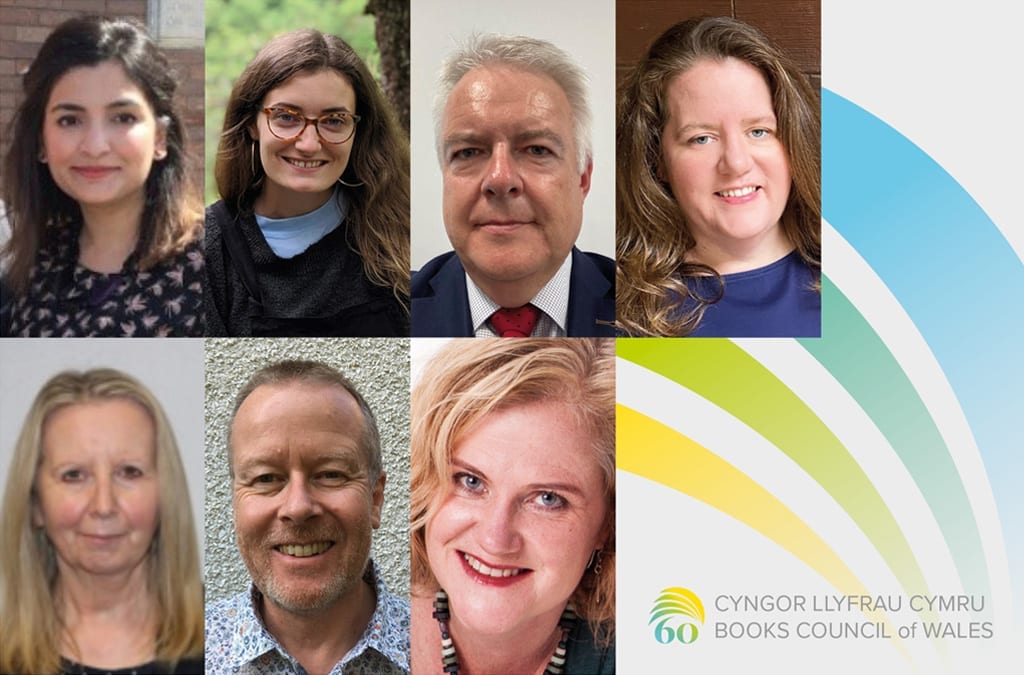 The Books Council of Wales has appointed seven new Trustees to lead the national charity in its work of supporting the publishing industry and promoting reading.

The Board will be responsible for the governance of the Books Council and will oversee the direction and strategy of the national charity.

Professor M. Wynn Thomas, Chair of the Books Council, said: “As we approach the organisation’s sixtieth birthday, we are pleased to announce the formation of a Board of Trustees that includes eminent representatives from the worlds of government, business, cultural management and international publishing. The Board will support the Council’s specialist in-house team of experienced professionals serving the book industries of Wales in both Welsh and English.

“This is another exciting development that will ensure the Books Council of Wales is equipped with a governance and management structure well able to respond to the challenges of an industry that is in a state of perpetual change.”

Helgard Krause, Chief Executive of the Books Council, said: “In the year of the Council’s anniversary, I look forward to working with the new Board as we set a strategy for these challenging times and ensure the success of the publishing industry in Wales for the future. As a charity we appreciate the very important contribution made by our Trustees, who give of their time and expertise voluntarily to support the books sector in Wales.”

Rajvi Glasbrook Griffiths has worked in the teaching profession in Wales since 2009 and is Headteacher of High Cross Primary School in Newport. She has been the Director of Literature Caerleon since 2014 and Director of the Caerleon Gateway Project since 2016, as well as an Advisory Board member for Planet magazine. Mrs Glasbrook Griffiths is also a member of the Welsh Government’s Race Equality Action Plan Committee and its Working Group on Black, Asian and Minority Ethnic Communities, Contributions and Cynefin in the New Curriculum.

Alwena Hughes Moakes is the Global Head of Employee Engagement and Communications for an international agriculture company with its headquarters in Basel, Switzerland. Before relocating to Switzerland, Alwena held senior roles at Aberystwyth University, most recently as Director of Communications, Marketing and Public Affairs. Originally from Mold, Flintshire, Alwena is a seasoned communications professional with over 20 years’ experience across the public and private sectors.

Lowri Ifor is a former teacher who has worked for the Welsh Slate Museum since 2018 as an Education and Events Officer and who also teaches a Welsh for Adults class. She was Children’s Books Editor at Gwasg Carreg Gwalch press from 2018–2019 and has been one of the editors of the Codi Pais magazine since 2018, as well as a member of the Noson Pedwar a Chwech committee which organises Welsh-language musical and literary events in the Caernarfon area.

Professor Carwyn Jones is a former First Minister of Wales (2009–2018) and was a Member of the Senedd for Bridgend from 1999–2021. After graduating in law from Aberystwyth University, he went on to train as a barrister in London before working in legal practice at Gower Chambers, Swansea, for 10 years. He was appointed part-time Professor in the Department of Law and Criminology at Aberystwyth University in 2019.

Linda Tomos has been a chartered librarian since 1975 and was the National Librarian for Wales from 2015–2019, leading the strategy of the National Library in Aberystwyth. She worked previously as a senior civil servant with the Welsh Government and was the first Director of CyMAL: Museums, Archives and Libraries Wales within the Department for Culture, Sport and Tourism. A former Chair of the Library and Information Services Council for Wales, she was Chair of the BBC Education Broadcasting Council Wales between 1999 and 2003 and Chair of the National Trust’s Advisory Board in Wales between 2016 and 2020.

Professor Gerwyn Wiliams has been Professor of Welsh at Bangor University since 2005, and has worked at the School of Welsh since 1989. He has been a member of the Advisory Board of O’r Pedwar Gwynt magazine since 2019 and a member of the Board of Directors of Theatr Bara Caws since 2018. A former winner of the National Eisteddfod Crown (1994) and the Wales Book of the Year Award (1997), he has also judged a number of literature competitions including the National Eisteddfod’s Prose Medal in 2017 and the Wales Book of the Year in 2011. He was a board member of the Arts Council of Wales between 2010 and 2016.

Dr Caroline Owen Wintersgill is a Lecturer in Publishing at University College London and Programme Director for the MA in Publishing. She has a PhD on reading, writing and publishing contemporary fiction, which involved work with reading groups across the UK as well as interviews with authors and publishers. Before moving into academia, Caroline worked for more than 25 years for leading publishers including Routledge, Bloomsbury and Manchester University Press. Alongside her teaching, Caroline has been editor-at-large for Biteback Publishing and Senior Consulting Editor for the US-based independent publisher, Lynne Rienner, since 2015.

Full meetings of the Board of Trustees will be held four times a year.

On 1 April 2021, the Books Council of Wales will transfer from being an unregistered charity to a Charitable Incorporated Organisation (CIO).

Members of the Council of the Books Council of Wales, which includes representatives from local authorities and other organisations, will transfer as members of the charity and will meet formally once a year at a public Annual General Meeting.