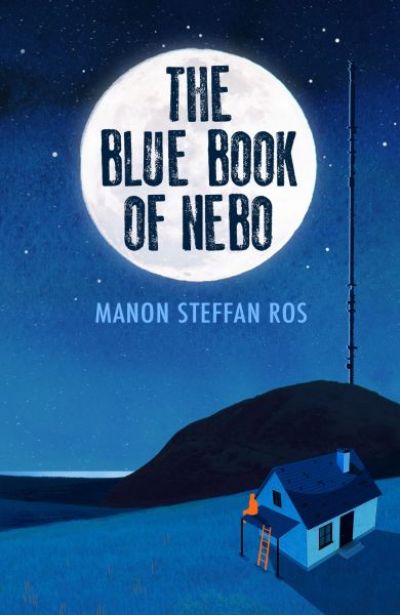 The Blue Book of Nebo

Manon Steffan Ros
Firefly      2022      16+      9781913102784
Location: Nebo, Gwynedd
Themes: Post-apocalyptic – Dystopian – Different worlds – Survival – Family
Dylan was six when The End came, back in 2018; when the electricity went off for good, and the ‘normal’ 21st-century world he knew disappeared. Now he’s 14 and he and his mam have survived in their isolated hilltop house above the village of Nebo in north-west Wales, learning new skills, and returning to old ways of living. 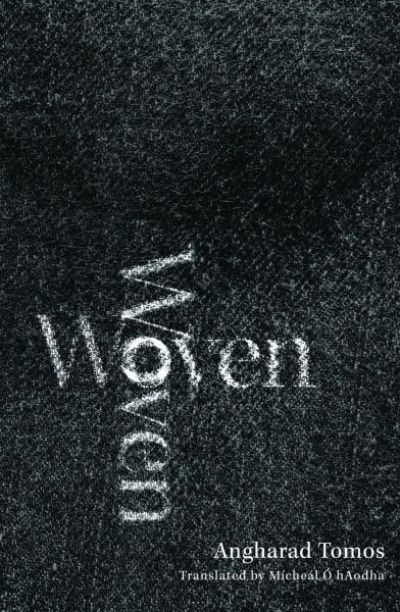 Angharad Tomos (English adaptation by Mícheál Ó hAodha)
Gwasg Carreg Gwalch      2021      14+      9781845278373
Location: Dolgellau, Castell Penrhyn, Bangor
Themes: Enslavement and slavery – Abuse – Poverty – Racism
Two young girls – Dorcas and Ebony – separated by culture and continent but not by history. A lord with an insatiable desire for wealth and profit. This is the story of a servant-maid in Wales and an enslaved girl in the West Indies; a magnificent castle and the terrible suffering that accompanied slavery, of a dangerous journey across the rough seas by ship and the cruelty faced by so many. 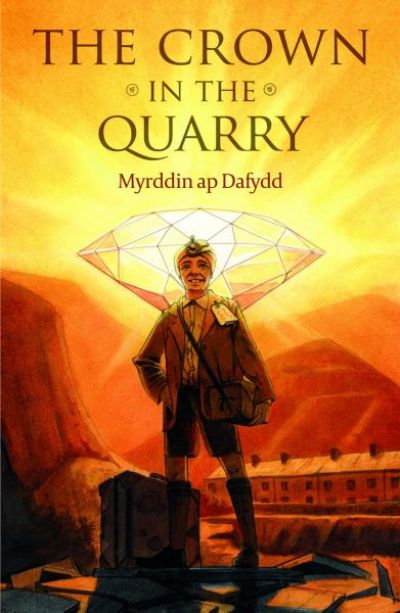 The Crown in the Quarry 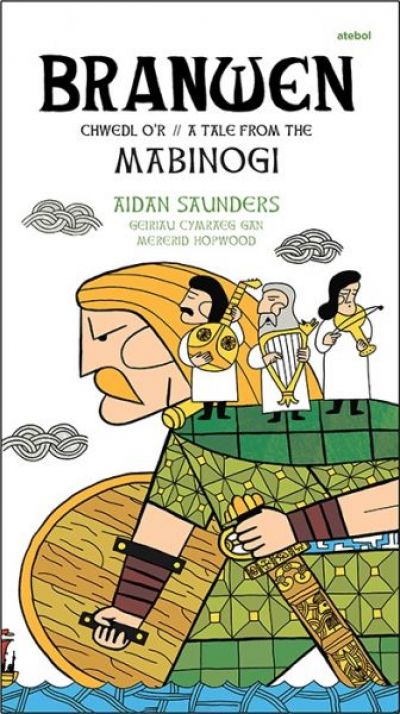 Aiden Saunders
Atebol      2020      7+      9781912261994
Location: Harlech
Themes: Myths and legends – The Mabinogi
A bilingual, graphic representation of the second branch of the Mabinogion - Branwen, daughter of Llŷr. The aim of the book is to present the Mabinogion tales to young people, and to retell these highly visual and emotional stories to today's audience using artwork originating from truly historical artefacts. 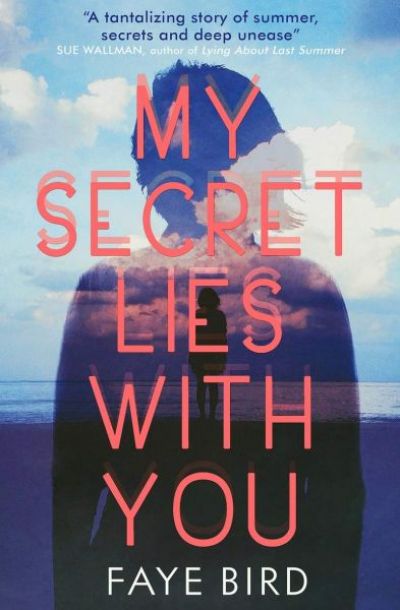 My Secret Lies with You

Faye Bird
Usborne Publishing Ltd      2019      14+      9781474958240
Location: Harlech and the Dwyryd Estuary
Themes: Mystery – Thriller
Alys appeared last summer, and then she vanished without a trace. Ifan fell in love with her. Hannah hated her. And Marko regrets what they did. This summer Cait is new in town, and a girl has been reported missing. Cait needs to uncover the truth. What happened last summer? And who is Alys? 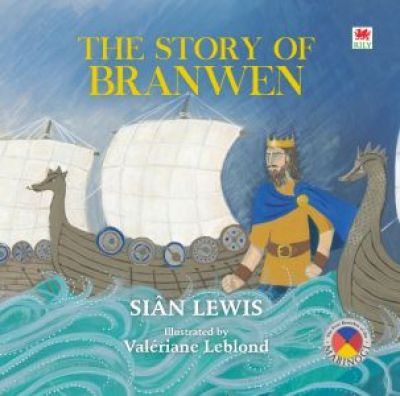 The Four Branches of the Mabinogi: Story of Branwen

Siân Lewis (Valériane Leblond)
Rily      2019      4+      9781849674256
Location: Harlech
Themes: Myths and legends – The Mabinogi
The Four Branches of the Mabinogi are the oldest and most famous legends in Wales. First written down around eight hundred years ago, they were being told for many years before that. This is the story of Branwen, her husband Matholwch and her brother, the giant Bendigeidfran. 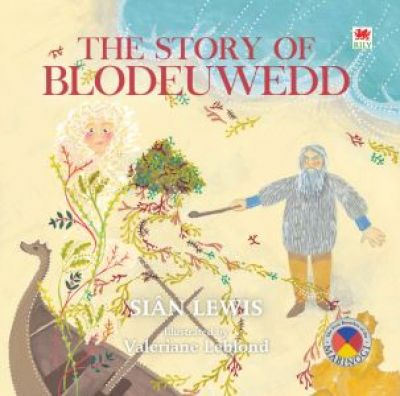 The Four Branches of the Mabinogi: Story of Blodeuwedd

Siân Lewis (Valériane Leblond)
Rily      2019      7+      9781849674379
Location: Dyffryn Nantlle
Themes: Myths and legends – The Mabinogi
The Four Branches of the Mabinogi are the oldest and most famous legends in Wales. First written down around eight hundred years ago, they were being told for many years before that. This is the story of Blodeuwedd, the woman made from fowers. 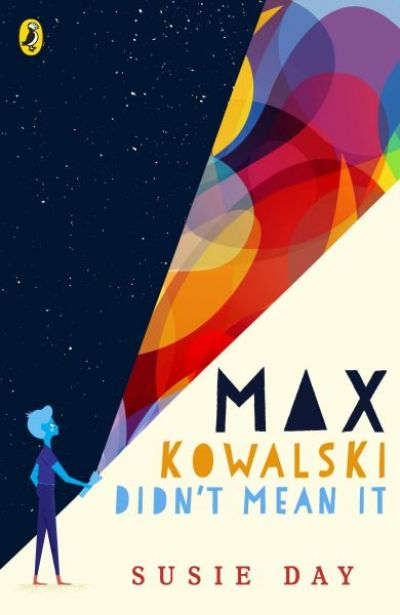 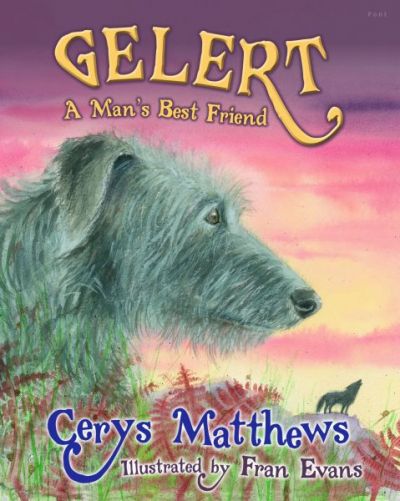 Cerys Matthews (Fran Evans)
Pont@Lolfa      2019      7+      9781848514645
Location: Beddgelert, Snowdonia
Themes: Myths and legends – Loyalty
A classic Welsh legend retold by singer and songwriter, Cerys Matthews. Gelert is one of the best-loved traditional tales from Wales. In this version, the beautiful atmospheric illustrations by Fran Evans combine with author Cerys Mathews's retelling of the story in rhyme, making it an ideal read-aloud book. 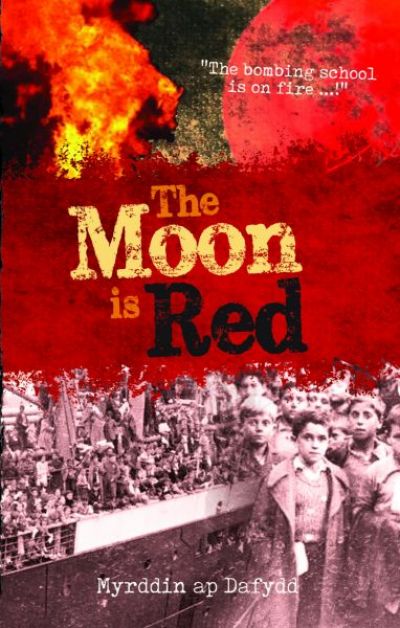 The Moon is Red

Myrddin ap Dafydd
Gwasg Carreg Gwalch      2018      11+      9781845276799
Location: Pen Llŷn
Themes: Social influences – Culture – Refugees
The bombing school is on fire...! A novel for young people which follows an old woman as she saves a single item from her room at an old people's home, triggering memories about the Fire on the Llŷn peninsula in 1936 and the bombing of Guernica in the country of Basque in 1937. 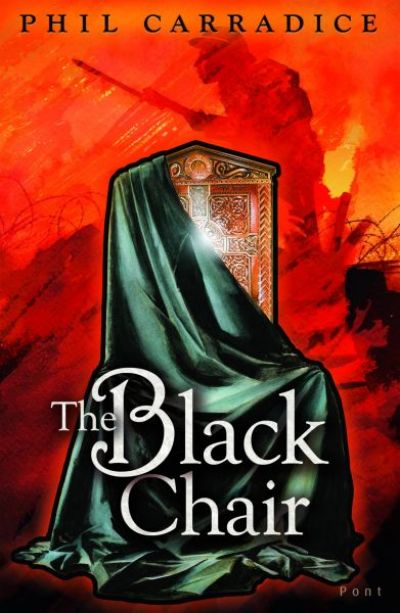 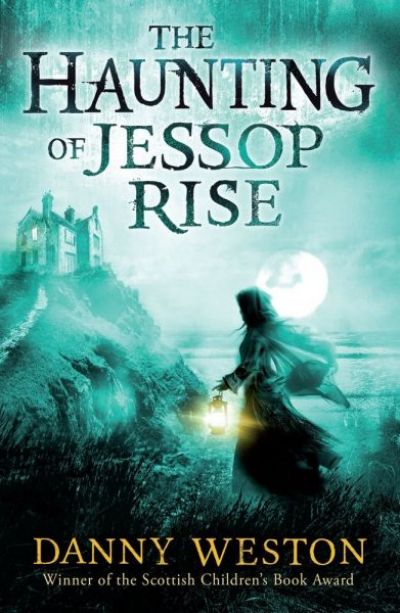 The Haunting of Jessop Rise

Danny Weston
Andersen Press Ltd      2017      11+      9781783444618
Location: Porthmadog
Themes: Friendship - Mystery and danger – Adventure – Ghost story
Alone and penniless after his father is killed in a cotton mill accident, fourteen-year-old William faces the rest of his childhood in a brutal workhouse. Then his long-estranged uncle Seth sends for him, and William thinks his fortunes are changing. But at his uncle's home, William finds himself caught up in a dark and terrifying mystery. Shortlisted for the 2017 Tir na n-Og Award. 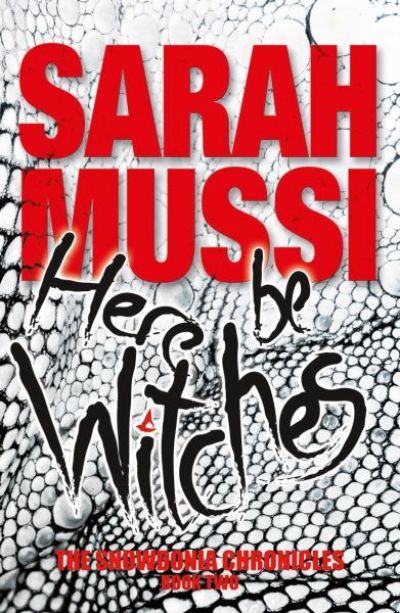 Here Be Witches - The Snowdonia Chronicles

Sarah Mussi
Cordee Books and Maps      2017      14+      9781911342328
Location: Snowdonia
Themes: Witches and witchcraft – Teen love – Adventure and survival
All Ellie Morgan wants is to be with her one true love, Henry. But she’s caught in the middle of a battle as old as Snowdon itself. A battle between good and evil. A witches’ spell, cast high on the mountain, has sped up time and made matters much worse. As an eternal winter tightens its grip on Snowdon, Ellie and her friends have just three days to survive and complete their quest. 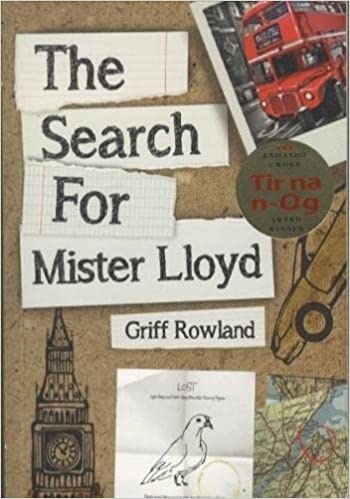 The Search for Mister Lloyd

Griff Rowland
Candy Jar Books      2015      11+      9780993119170
Location: Bangor
Themes: Friendships – School life – Mystery and adventure
Where do you even begin to search for your lost pigeon? Of course, you put up LOST posters, pinning them to as many tree trunks as possible and handing them out to people in the street, but it's not like you can actually look for a pigeon... or can you? A mysterious tip-off suggests Mister Lloyd has landed in London and the search shifts to the metropolis where the 11-year-old hero finds himself increasingly isolated and in danger. 2016 Tir na n-Og Award Winner. 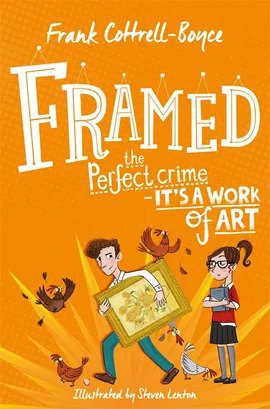 Frank Cotterell-Boyce (Steven Lenton)
Macmillan Children’s Books      2005; Republished 2019      9+      9781529008784
Location: Manod, Snowdonia
Themes: Adventure – Humour – Art
Dylan is the only boy living in the Welsh town of Manod; when a mysterious convoy of lorries trundles up the misty mountainside towards a disused mine, Dylan is confounded. Who are these people - and what have they got to hide? A story inspired by the contents of London's National Gallery stored in Welsh slate mines during World War II. Shortlisted for the 2006 Tir na n-Og Award.