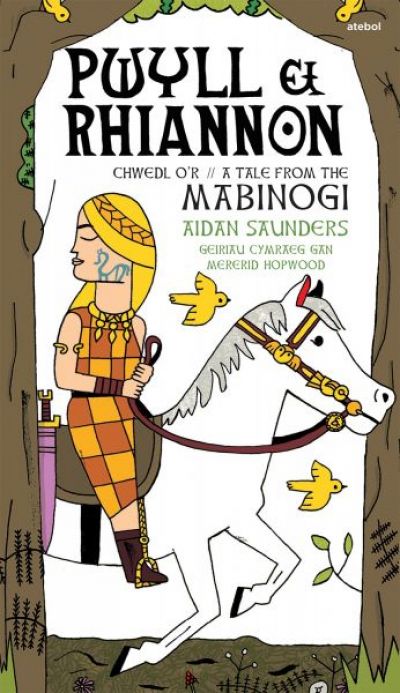 Aidan Saunders
Atebol      2021      4+      9781801060820
Location: Pembrokeshire
Themes: Myths and legends – The Mabinogi
This book is a bilingual graphic representation of the first branch of the Mabinogion, 'Pwyll and Rhiannon'. The book aims to introduce children and young people to the stories of the Mabinogion and retell these highly visual and emotional stories to modern audiences, using artwork derived from real historical artefacts. 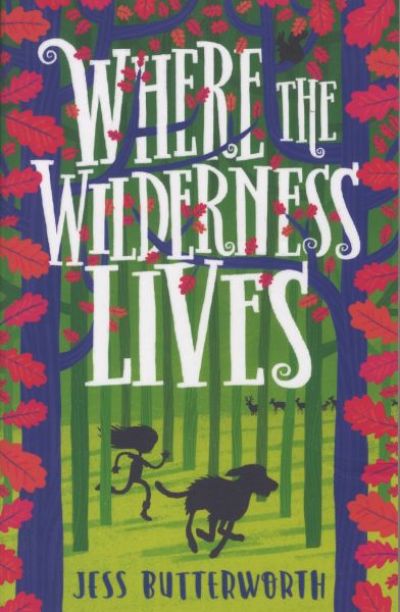 Where the Wilderness Lives 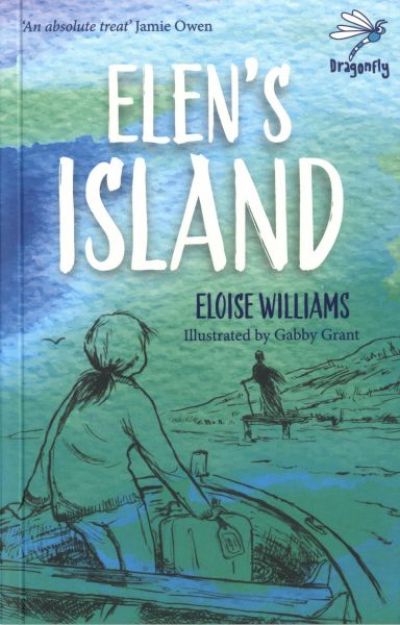 Eloise Williams (Gabby Grant)
Firefly Press      2020      7+      9781910080207
Location: Pembrokeshire
Themes: Family life – Mystery – Adventure
When her parents send her to stay with a grandmother she hardly knows for the summer, Elen is furious. Gran lives on a tiny island and doesn't want her either - it's not an easy start. But after saving Gran in a storm, Elen finds a picture that she's sure is a clue to hidden treasure. 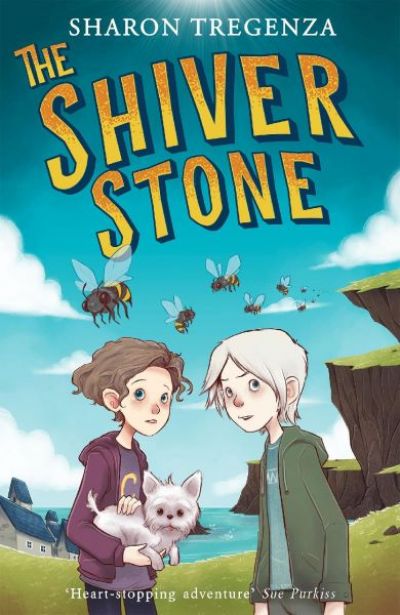 Sharon Tregenza
Firefly Press      2019      9+      9781910080085
Location: Pembrokeshire
Themes: Family life – Domestic tension – Mystery – Thriller
Carys has a lot on her plate - a mystery to solve, a new friend to help, a dog to look after and her father's girlfriend to ignore. Risking the dangers of the sea and cliffs around her hometown, watched over by the Shiver Stone, Carys and her friend Jago must face their greatest fears in this action-packed thriller. Set in a fictionalised Saundersfoot. 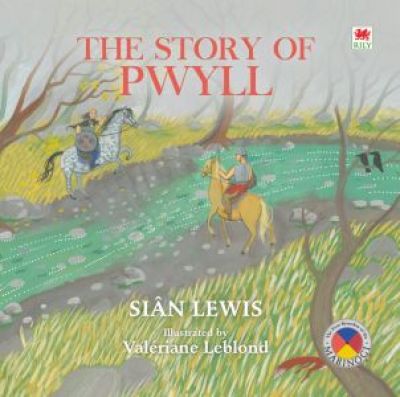 The Four Branches of the Mabinogi: Story of Pwyll

Siân Lewis (Valériane Leblond)
Rily      2019      7+      9781849674249
Location: Pembrokeshire
Themes: Myths and legends – The Mabinogi
The Four Branches of the Mabinogi are the oldest and most famous legends in Wales. First written down around eight hundred years ago, they were being told for many years before that. This is the story of Pwyll, Rhiannon’s husband. 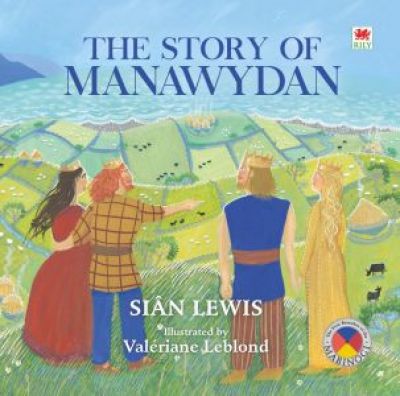 The Four Branches of the Mabinogi: Story of Manawydan

Siân Lewis (Valériane Leblond)
Rily      2019      7+      9781849674362
Location: Pembrokeshire
Themes: Myths and legends – The Mabinogi
The Four Branches of the Mabinogi are the oldest and most famous legends in Wales. First written down around eight hundred years ago, they were being told for many years before that. This is the story of Manawydan. 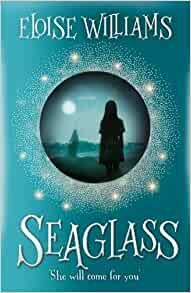 Eloise Williams
Firefly Press      2019      9+      978191008080
Location: Pembrokeshire
Themes: Family life – Illness – Isolation – Prejudice and otherness
Lark struggles to settle when her family moves to a new site on the coast. Her mother is ill, her little sister has stopped speaking and she has fallen out with her best friend. Is a girl in a green dress following her in the fog? Or is her sister playing tricks on her? When a local woman tells her 'the girl' comes to take sisters, Lark knows only she can save her family. Shortlisted for the 2019 Tir na n-Og Award. 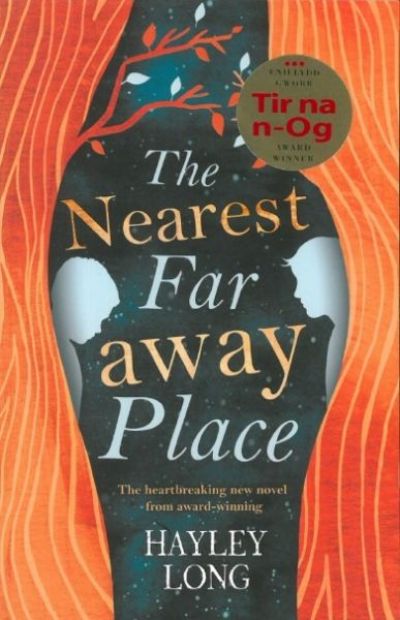 The Nearest Far Away Place

Hayley Long
Hot Key Books      2018      14+      9781471406263
Location: Aberystwyth
Themes: Bereavement and grief – Families – Building new lives
The Nearest Faraway Place is a powerfully told story of the love between two brothers in the aftermath of a family tragedy. Griff and Dylan are driving into Manhattan with their parents when the worst happens. There is a terrible car accident and Dylan and Griff's parents are killed. 2018 Tir na n-Og Award Winner. 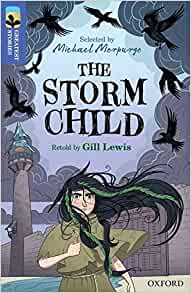 Gil Lewis (James Gifford)
Oxford University Press      2018      7+      9780198421139
Location: Cantre’r Gwaelod, Cardigan Bay
Themes: Myths and legends
This beautifully illustrated story is an adaptation of the Welsh legend of Cantre'r Gwaelod, the lost area of Wales which disappeared beneath the sea. This drowned land was once a pleasant and prosperous kingdom, its low-lying fields protected from the waves by a high sea wall. Shortlisted for the 2019 Tir na n-Og Award. 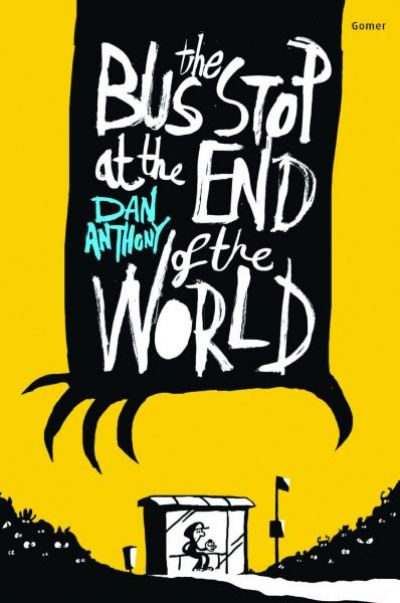 The Bus Stop at the End of the World

Dan Anthony
Gomer@Lolfa      2017      9+      9781785621994
Location: Pembrokeshire
Themes: Otherness – Loneliness – Bullying – Family life
At the bus stop, halfway between his new home and school, Ritchie's stumbled upon the spot where myth and real trouble get mixed up. Singing cowboys, green creatures from the hedge and the fastest girl on two wheels might not be enough to save him from the most dangerous enemy known to man. 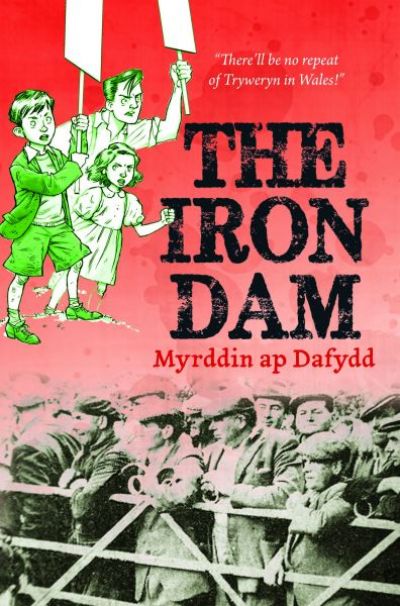 Myrddin ap Dafydd (English adaptation by Sue Walton)
Gwasg Carreg Gwalch      2017      9+      9781845276355
Location: Cwm Gwendraeth Fach, Carmarthenshire
Themes: Community activism – Social influences – Relationships
It's summer 1963. The Tryweryn valley in north Wales has been dammed and is already under water with residents turned out of their homes and their land flooded. Llangyndeyrn in Cwm Gwendraeth Fach is next on the list. The local farmers are determined not to let their land go the same way. The local children play a prominent part in the protests and in guarding the valley, and Dai, Gareth and Nia of Dolffynnon farm are in the thick of it. But what if someone in the valley is a traitor? What if they are betrayed from within? 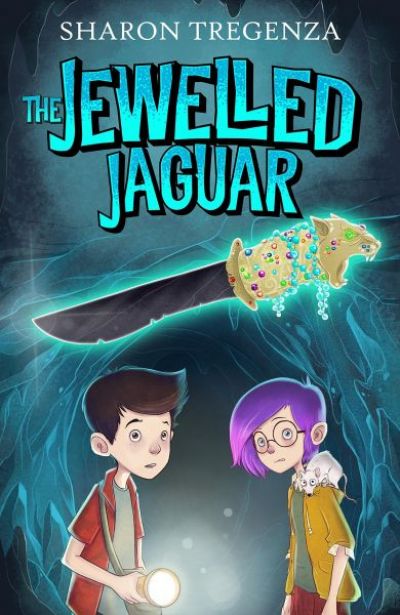 Sharon Tregenza
Firefly Press      2017      9+      9781910080641
Location: Pembrokeshire
Themes: Mystery and adventure – Family life – Forgiveness and reconciliation
A gripping adventure of caves, curses and ruthless thieves. When a huge sink hole nearly kills Griffin and his mother, everyone is in shock. With his mum in a coma, he has to stay with his uncle. His cousin, Cinnamon, doesn't want him there but Griffin still falls for her pet rat Ruby Ruby. Why don't his mother and uncle talk? Set in a fictionalised Saundersfoot. Shortlisted for the 2018 Tir na n-Og Award. 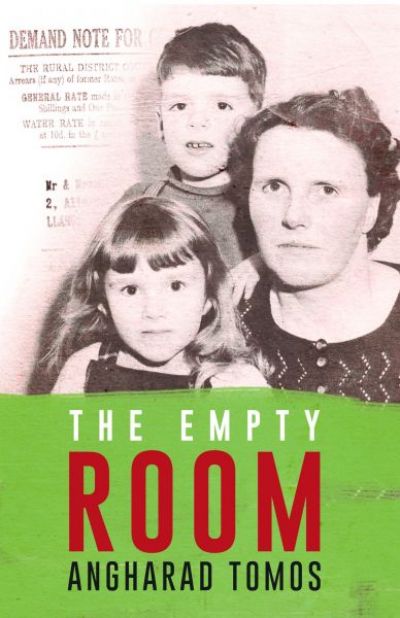 Angharad Tomos
Gwasg Carreg Gwalch      2016      9+      9781845275884
Location: Llanelli
Themes: Language rights – Activism – True Welsh history
Based on the story of Eileen and Trefor Beasley's stand for the Welsh language in the 1950s, when they refused to pay the local council tax until they received a Welsh request form. Their protest lasted eight years and gave their family great hardship. 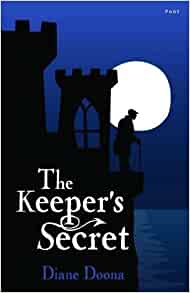 Diane Doona
Pont@Lolfa      2015      9+      9781848519664
Location: Pembrokeshire
Themes: Adventure – Bereavement – Family life
A novel combining a mythical dragonworld with a thrilling contemporary adventure about a young boy who moves with his father from London to Pembrokeshire following the loss of his mother. The relationship between father and son and adapting to new surroundings is woven together with a light touch. 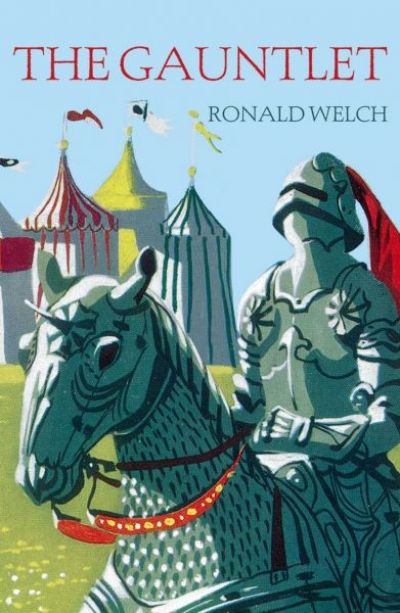 Ronald Welch
Oxford University Press      2015      9+      9780192738592
Location: Castell Carreg Cennen, Carmarthenshire
Themes: Adventure – History
As Peter wanders around the ruined castle of Carreg Cennen he makes an amazing discovery - a rusted metal gauntlet. As he slips it onto his hand he is transported back to the fourteenth century, to a time when his Norman ancestors held the castle. Here, Peter learns how to hawk, fight, and shoot a longbow. But, when a rebellion arises, it's up to Peter to escape from the besieged castle and fetch help.