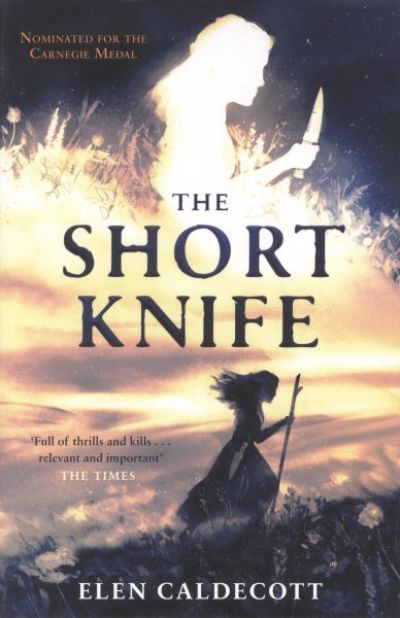 Elen Caldecott
Andersen Press Ltd      2021      14+      9781783449781
Location: Gwent
Themes: Courage – Language – Survival – Identity
It's 454AD. The Roman Empire has withdrawn from Britain, throwing it into the chaos of the Dark Ages. Mai has been kept safe by her father and sister, but when Saxon warriors arrive, the family is forced to flee to the hills where British warlords hide. Can Mai survive in a dangerous world where speaking her mother tongue may prove deadly, and where she may be unable to trust her loved ones. 2021 Tir na n-Og Award Winner. 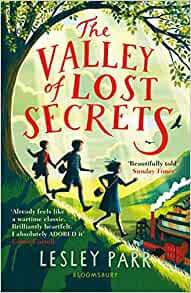 The Valley of Lost Secrets

Lesley Parr
Bloomsbury Children's      2021      9+      9781526620521
Location: Llanbryn - Inspired by Llanhiledd and the surrounding area
Themes: Mystery – Second World War – Evacuees – Brotherhood
September 1939. When Jimmy is evacuated to a small village in Wales, it couldn't be more different from London. Green, quiet and full of strangers, he instantly feels out of place. But then he finds a skull hidden in a tree, and suddenly the valley is more frightening than the war. Who can Jimmy trust? His brother is too little; his best friend has changed. Finding an ally in someone he never expects, they set out together to uncover the secrets that lie with the skull. What they discover will change Jimmy – and the village – forever. Winner of the 2022 Tir na n-Og Award. 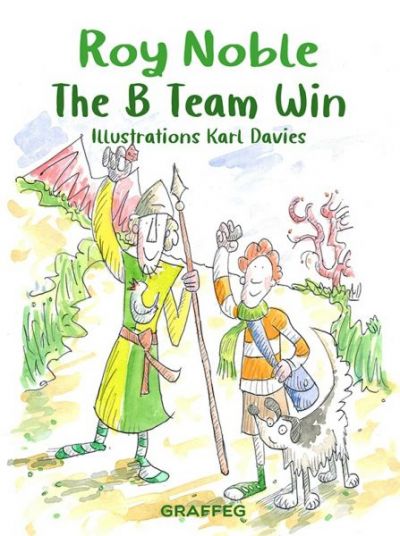 The B Team Win

Roy Noble (Karl Davies)
Graffeg      2021      7+      9781913733490
Location: Dinas Rock, Neath
Themes: School life – Friendship – Myths and legends
Wednesdays had become the worst for Rhodri, full of school tests and always a let-down, but his chance meeting with Idris, a member of the legendary King Arthur's court, looks set to change all this. 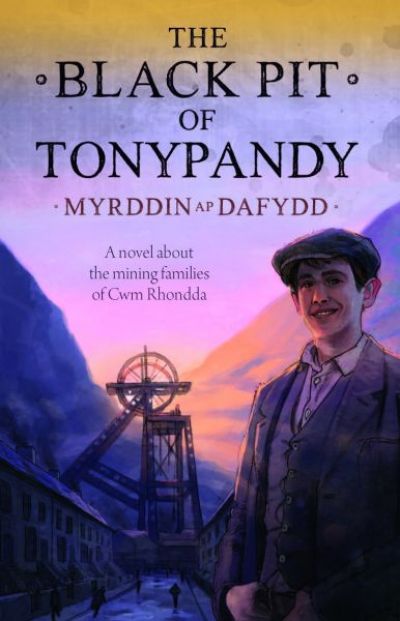 The Black Pit of Tonypandy

Myrddin ap Dafydd (English adaptation by Sue Walton)
Gwasg Carreg Gwalch      2021      9+      9781845278298
Location: Tonypandy
Themes: Workers’ rights – Friendship – Conflict – Mining families
At one time, the world’s ships and trains created a huge demand for steam coal and the best coal in the world was in Cwm Rhondda, one of the South Wales Valleys. Dozens of pits opened, and thousands of workers flowed into the area. They created massive wealth … but not for everyone. 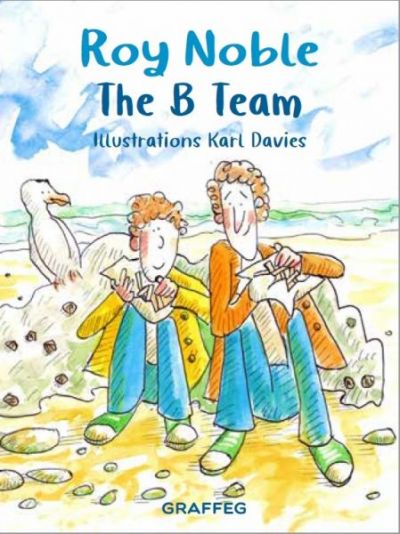 Roy Noble (Karl Davies)
Graffeg      2020      7+      9781913134433
Location: Dinas Rock, Neath
Themes: School life – Friendship – Teamwork
A puzzle of a book, as with more questions than answers like why did Rhodri's father leave home for good? How will he fill his Wednesdays without him? Will the companionship of Dylan the inadequate sheep dog help? Will he ever be as good as his schoolmates at spelling and 'mental maths'? Will he ever be chosen for the football team, be in the 'A' Band? 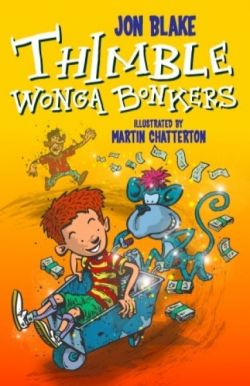 Jon Blake
Firefly Press      2020      7+      9781913102104
Location: Cardiff
Themes: Humour – Adventure – Family life
When Mum goes away for the week, Jams, Dad and Thimble the monkey are left with just thirty quid for the groceries. Dad makes a shopping list, but when Thimble gets hold of the supermarket trolley, everything goes bananas. Soon the intrepid trio are so desperate they will do anything for money! 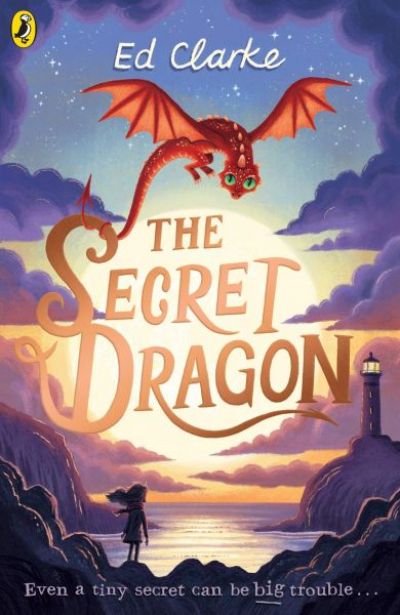 Ed Clarke
Puffin      2020      9+      9780241360514
Location: Vale of Glamorgan
Themes: Family life – Finding your place – Dragons
Mari Jones is desperate to be a real scientist, even though she's only eleven. So when she discovers a tiny dragon while fossil hunting on the beach, she's sure she can find a good scientific explanation - as long as she can keep it hidden long enough to study it. Shorlisted for the 2020 Tir na n-Og Award. 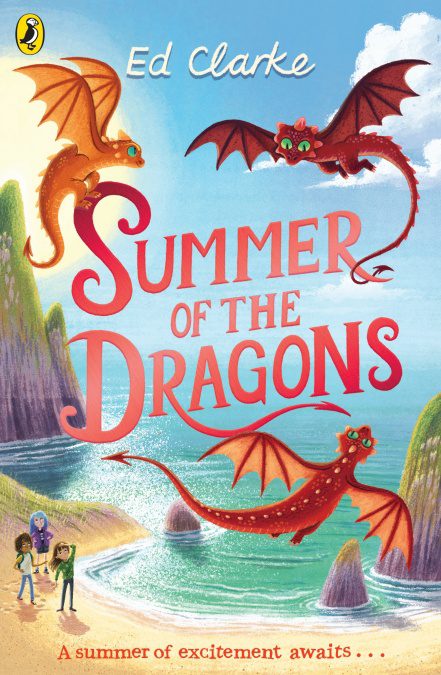 Summer of the Dragons

Ed Clarke
Puffin      2020      9+      9780241360484
Location: Vale of Glamorgan
Themes: Family life – Adventure – Dragons
A year after she discovered a tiny dragon on the beach, life is getting back to normal for Mari Jones and Gweeb, when two unexpected events turn it upside down again. First comes the news that Mari's mum is expecting a baby, meaning that her boyfriend Gareth and Mari's best friend Dylan will be moving in with them on the farm. Even more incredibly, Gweeb's family have returned to lay their eggs in the same cave where Mari first found her secret dragon. 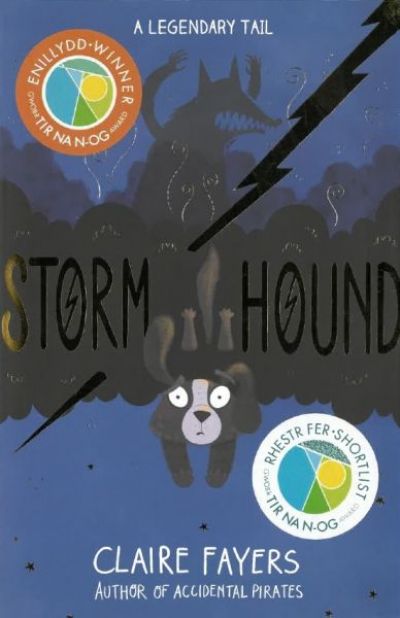 Claire Fayers
Macmillan Children's Books      2019      9+      9781509895045
Location: Abergavenny
Themes: Myths and legends – Animals – Family life
Storm of Odin is the youngest stormhound of the Wild Hunt that haunts lightning-filled skies. He has longed for the time when he will be able to join his brothers and sisters but on his very first hunt he finds he can't keep up and falls to earth, landing on the A40 just outside Abergavenny. 2020 Tir na n-Og Award Winner. 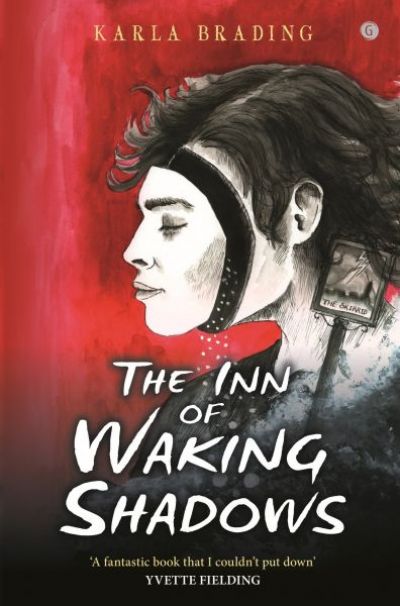 The Inn of Waking Shadows 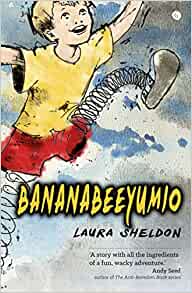 Laura Sheldon
Y Lolfa      2018      9+      9781785622816
Location: Cwmbach, Rhondda Cynon Taf
Themes: Secrets – Athletics – Magic realism
Cwmbach is a village with a secret: a springy, delicious, banana flavoured secret. When 11-year-old Charlie accidentally lets the cat out of the bag, he will have to put his athletic ability and his integrity to the test to keep the secret, and his village, safe. This book is recipe for fun with a few bananas thrown in for good measure. 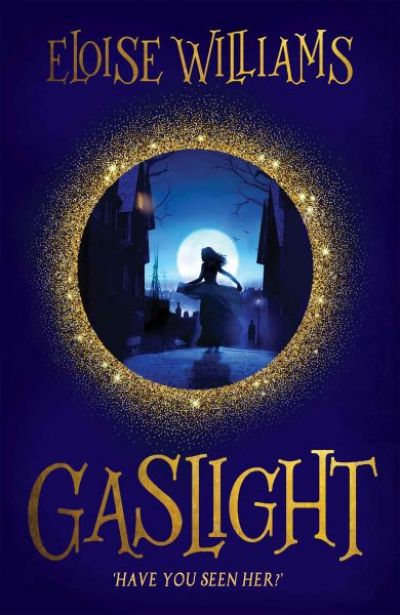 Eloise Williams
Firefly Press      2017      9+      9781910080542
Location: Cardiff
Themes: Adventure – Crime – Victorian life – Family
It’s 1899. Nansi's mother disappeared on the day she was fished out of Cardiff docks. She can't remember anything else. Now, with no family to turn to, she works for Sid at the Empire Theatre, trying to earn enough money to hire a detective to find her mother. Everything changes when Constance and Violet join the theatre company. 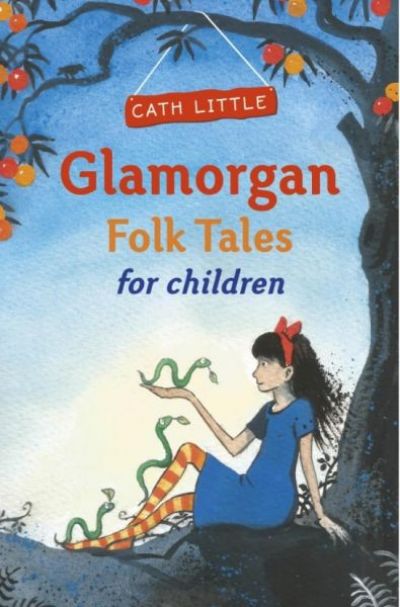 Cath Little
The History Press      2017      7+      9780750970402
Location: Glamorgan
Themes: Myths and legends
These stories - specially chosen to be enjoyed by 7-11 year old readers - sparkle with magic and explode with adventure. As old as the mountains and the sea, they are freshly re-told by Welsh storyteller Cath Little. 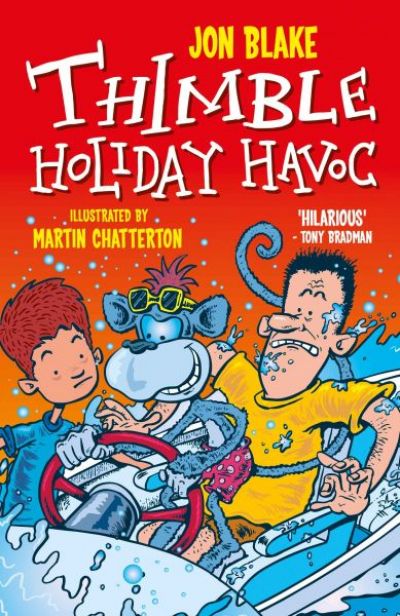 Jon Blake
Firefly Press      2017      7+      9781910080665
Location: Cardiff
Themes: Humour – Adventure – Family life
Jams lives in Cardiff with his mum and dad and his best friend, a very naughty, very clever monkey called Thimble. (Don't tell anyone what Thimble did with the superglue...) When Mum organises a house-swap holiday in France what can possibly go wrong? Then Jams, Dad and Thimble find the keys to a speedboat, a drill and a makeshift burglar outfit, and the havoc begins! 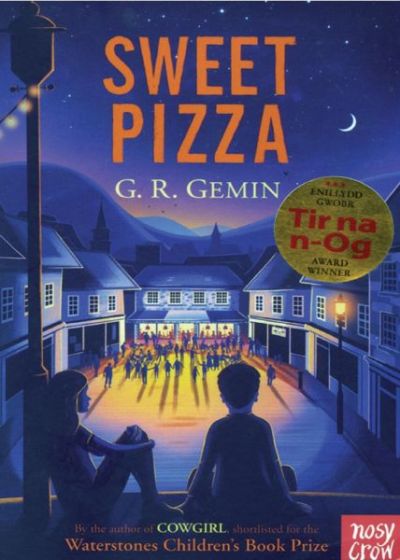 G. R. Gemin
Nosy Crow      2016      9+      9780857636300
Location: South Wales Valleys
Themes: Family – Immigration – Illness – Coming-of-age
A heart-warming story about bringing a diverse community together and about the amazing history of Italian immigrants in Wales. Joe loves his Italian heritage: the language, the opera, the lasagne! But it's hard to celebrate Italian roots in Brynmawr, Gwent, where his mother is sick of running the family's tatty cafe. Tir na n-Og Award Winner 2017. 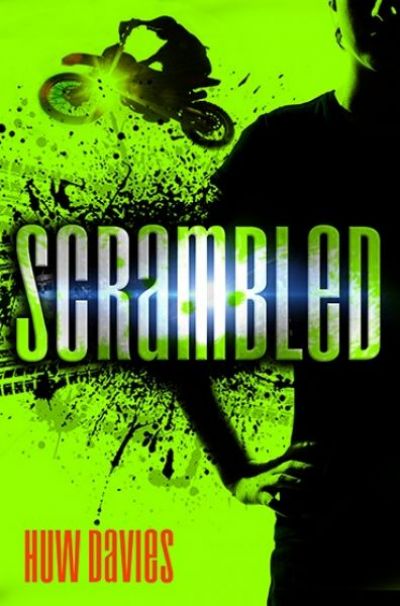 Huw Davies
Firefly Press      2016      9+      9781910080368
Location: South Wales Valleys
Themes: Overcoming difficulties – Bullying – School life – Family life
Fourteen-year-old 'model pupil' Davidde (his parents had trouble spelling) lives with his dad after his mother died. But when a new headteacher starts at his South Wales valleys school, Davidde is unfairly labelled a troublemaker. To the horror of his teachers, Davidde finds a new passion for mortorbike scrambling. He takes on the school bullies, but soon events threaten to overwhelm him. 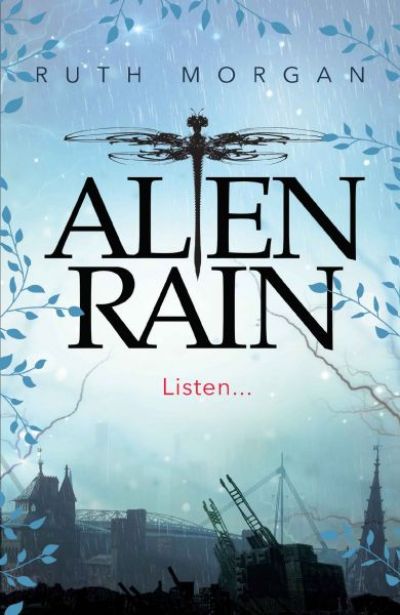 Ruth Morgan
Firefly Press      2016      11+      9781910080382
Location: Cardiff
Themes: Sci-fi – Post-apocalyptic life – Adventure and danger
Bree is an ordinary girl living in a Martian city where everyone dreams of going back to Earth. She is amazed when she is chosen for a mission to Earth, a rare honour. But there are terrible shocks ahead. When she starts getting strange messages from a voice only she can hear, whose side is she really on? Home or Earth? Shortlisted for the 2017 Tir na n-Og Award. 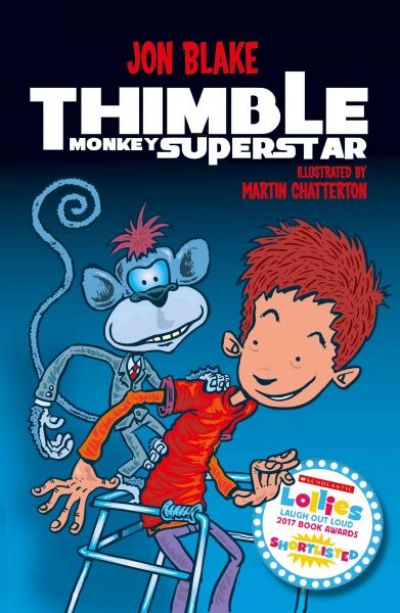 Jon Blake
Firefly Press      2016      7+      9781910080344
Location: Cardiff
Themes: Humour – Animals – Adventure
Life is never boring now that Jams and his family have a monkey to look after. Jams and his mum love Thimble, but Dad is determined to get rid of him - to a zoo, a school, even a demolition site. But when Jams and his dad are in mortal danger, Thimble proves once and for all why he is a Monkey Superstar! 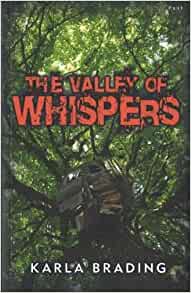 The Valley of Whispers

Karla Brading
Pont@Lolfa      2016      9+      9781785621703
Location: Aberfan
Themes: Moving to a new area – Friendship – The Aberfan disaster
Having recently moved with his mother to a new area, Tomas is eager to settle down, make new friends and to explore. In an enchanting tale of innocence and discovery, he soon comes to realize that things aren't quite what they seem in the village and that the past is more than just a distant memory. A sensitive novel with the Aberfan tragedy as its backdrop. 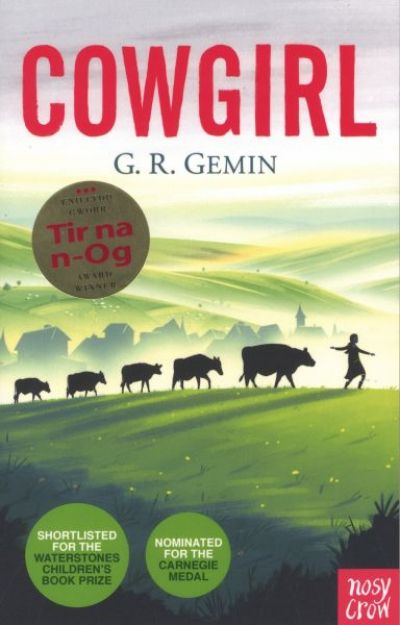 G. R. Gemin
Nosy Crow      2015 (First published 2014)      9+      9780857632814
Location: South Wales Valley
Themes: Family life – Friendship – Social issues
Growing up on the embattled Mawr Estate in south Wales, all Gemma sees are burglaries, muggings, sadness and boredom. With a dad in prison and a mum who has given up hope, she, like everyone around her, is holding on to memories of the times when happiness wasn't so hard to find. 2015 Tir na n-Og Award Winner. 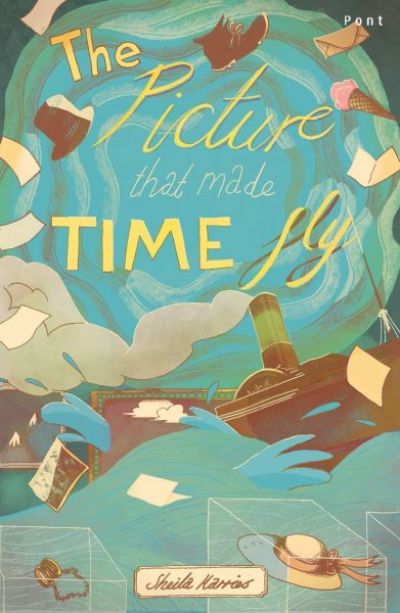 The Picture That Made Time Fly

Sheila Harries
Pont Books@Lolfa      2015      9+      9781848519695
Location: Cardiff
Themes: Adventure – Art – Social history
A novel set in Cardiff National Museum following Megan and Rhys on a school trip which turns into a dangerous and challenging adventure, as they are taken back in time to the Victorian era in the capital city. 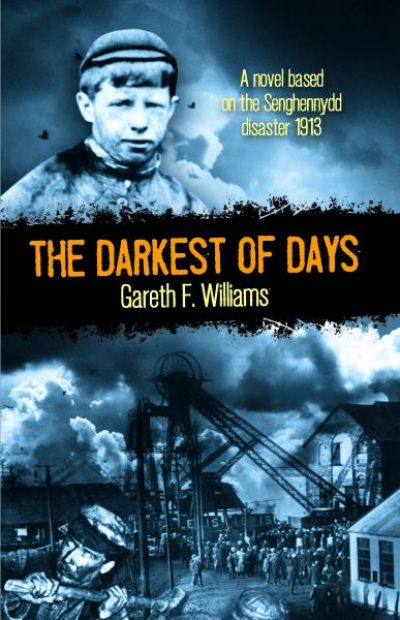 The Darkest of Days

Gareth F. Williams (Graham Howells)
Gwasg Carreg Gwalch      2015      9+      9781845275877
Location: Caerphilly
Themes: The Senghenydd disaster – Social influences – Grief
In 1908, John Williams was eight years old and his family moved from a quarry village in north Wales to Senghennydd in the south Wales valleys. He looked forward to his thirteenth birthday, when he could start working in the mines. Shortly before 8.30am on 14 October 1913, 439 men and boys died in an awful explosion in the Senghennydd colliery. A black cloud raised above the pit following the explosion and a black cloud hung over the people of Senghennydd for the rest of their lives.